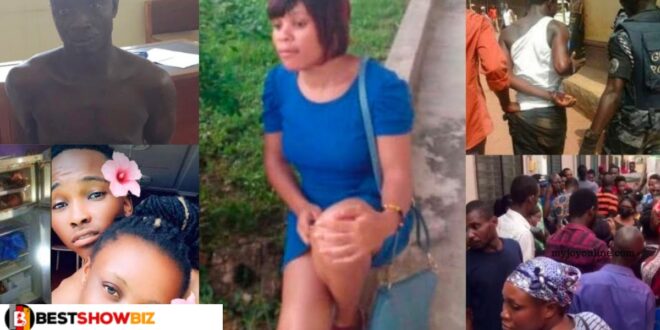 Police have issued an arrest warrant for Frank, a man who is accused of murdering his girlfriend and dumping her body in a refrigerator.

The young man, who lives in Fiave, a suburb of Ho in the volta region, is said to have fled the town after committing the crime.

According to police reports, they noticed a strong odor coming from Frank’s room, as well as flies and insects, which prompted them to open the door.

The body of the deceased lady, Lizzy, was discovered in the fridge after the door was opened, prompting the police to deposit the body at the Ho Hospital mortuary for autopsy while they search for the perpetrator.