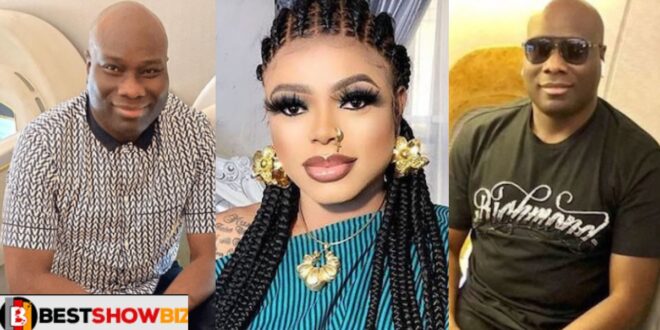 Voice Notes: Bobrisky drops chats with Mompha after he claimed they are not friends

Bobrisky has released screenshots of several of his conversations with businessman Mompha, despite his claims that they are not friends and that he does not socialize with gay people.

Mompha showed his joy after it was revealed that Tonto Dikeh’s dispute with Bobrisky apparently began after she informed the cross-dresser that she admired Mompha and wanted to be close to him, according to the chats Bobrisky shared, including voice notes.

See the chat and listen to the voice note………….

Bobrisky who accused the businessman of being two-faced also shared another chat where Mompha warned him to stop being friends with actress Anita Joseph who he described as a “useless girl”.

The cross-dresser stated that he never told Anita because he was being mature. Bobrisky also warned Mompha not to push because it would be “blo*dy”.

See the chat below…..