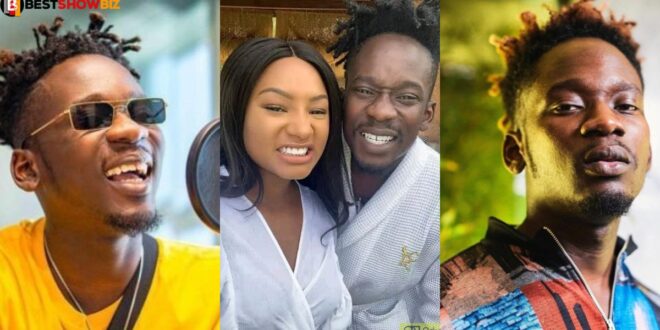 To commemorate the occasion, a lavish party was held in his honor, with several celebrities in attendance.

The “Skin Tight” crooner’s birthday party was hosted at Kozo in Accra, according to videos from the event.

Many celebrities, including Kidi, Sister Derby, I Am Freedom, Incredible Zigi, Joeboy, Efya Nocturnal, Darko Vibes, and Kwesi Arthur, descended on the venue to express their support.

Bola Ray, Giovanni Caleb, Regina Van Helvert, Elsie Otoo, and the French Ambassador to Ghana, Anne Sophie Avé, were among those that attended the birthday party.

Temi Otedola, the Miss You Bad singer’s girlfriend, was seen in the crowd clutching her guy, who happened to be the man of the hour.

The night was jam-packed with entertainment, with plenty of music and, of course, plenty to eat and drink.

They danced the night away as dancers flooded the dancefloor to show off their moves, with Sister Derby receiving the most applause.

To cap off the evening, Mr. Eazi’s father took the microphone and spoke encouraging words for his son.

below are some videos;