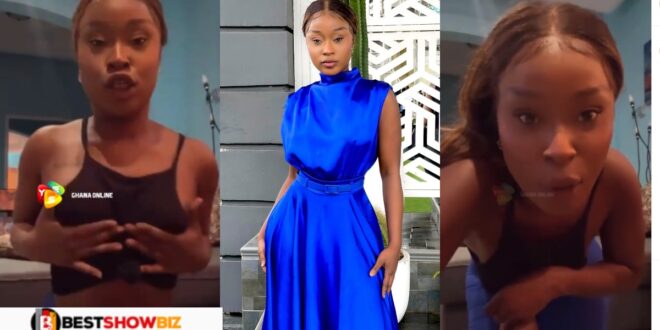 Andrea ‘Efia Odo’ Owusu, a Ghanaian actress and Instagram model, has vowed that Ghanaians will never see her n*k3dness on a s*x tape.

In her statement, Efia Odo stated that, despite the fact that she dresses in skimpy clothes that reveal her hidden features, having her s*x tape leaked on media platforms for the country to see is a dream that will never come true.

After Nigerian music star Tiwa Savage was dragged on social media for her bedroom video, the actress made this remark.

In an interview, Tiwa Savage revealed that she is being blackmailed with a s*xtape and that she and her lawyers are debating whether she should pay the ransom or try to lure the perpetrators until they are apprehended.

After hearing the news about Tiwa Savage, Efia Odo stated that she cannot be blackmailed by anyone with a s*xtape because she ensures that no one records her antics.

She admits that she has no records of her nights out with any man, implying that any reports about her leaked tape are false.