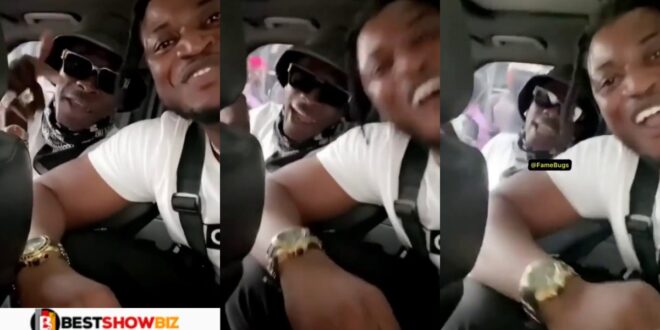 Video: ‘You dont have sℯnsℯ in you dont believe in God’: Shatta Wale preached the gospel after bail

After being given bail, dancehall superstar Shatta Wale and his associates claimed that anyone who does not believe in God is a fool, based on what they have been through in the last few days.

When Shatta Wale and his lads were detained for spreading fear and terror in the country with their stunt of the dancehall musician being shot, they were denied bail and kept in Ankaful prison for a few days before being released today.

Shatta Wale and his boys were seen in a video praising God for being faithful to them, claiming that anyone who does not believe in God is a fool because the few days they spent in prison made them know that there is a God and that he works in mysterious ways.

Because of his previous tweets, we know that Shatta Wale believes in God, but he does not believe in the doom forecasts of these prophets in Ghana, and that is what landed him in jail.

He was simply there to illustrate a point, but he went a little too far, which attracted the notice of the police, who were then called in to look into the whole ordeal.