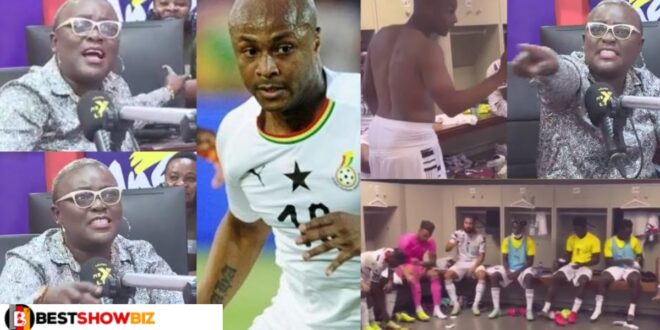 Nana Yaa Brefo in the recent video slammed Ayew for a statement he made after Ghana drew their World Cup qualifying match against Ethiopia a few days ago.

In a previous video, Ayew was heard telling his teammates not to worry about what Ghanaians would say about them if they lost their match.

Dede Ayew, according to Nana Yaa Brefo, has disrespected Ghanaians with his statement and should be brought back to reality.

She went on to say that Ghanaians are the ones who have shaped them into the people they are today, so they must be willing to submit and do whatever they ask.