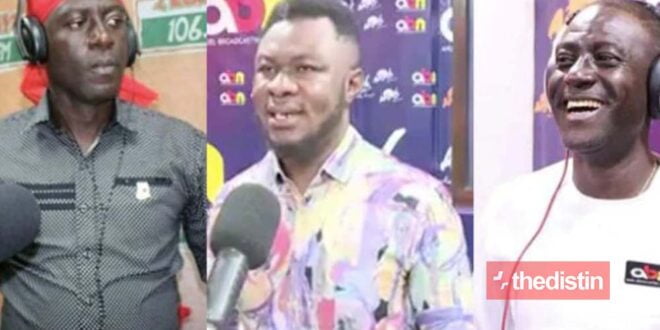 Following his departure from the media behemoth, Captain Smart has finally reacted to claims made against him by Prophet Adu Boahen, the presenter of Ogye3 Mmre on Angel FM.

After resigning from Angel FM and joining Media General, Adu Boahen said on his hot afternoon program that Captain Smart was arrogant, rude, and corrupt, and that he deserved to be fired from the station.

Smart, according to Boahen, is more corrupt than the individuals he claims to be fighting, claiming that he once wasted Ghc 20,000 that Dr Kwaku Oteng had given to eight presenters to share.

Kwaku Oteng’s brother went on to state that a man of God informed them that anybody who attempts to use juju while working at the station will be fired before their first anniversary, and that Smart was fired because he was using “juju” at the station, while the rest of the employees are godly.

Captain Smart responded with a heated video in which he begged Prophet Adu Boahen to stop talking.

A enraged Captain said that Adu Boahen, who claims to be a preacher, was discovered sleeping with a married man’s wife at the station, but that everyone remained quiet about it.

Boahen was instructed by Captain Smart to rest because his time will come, and when he was ultimately fired, he would provide him a job.