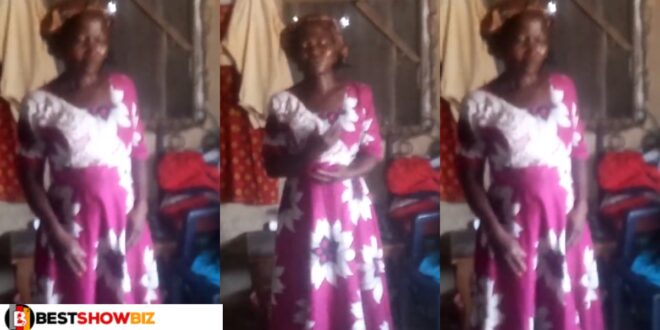 Video: Woman thrown out of her late husband’s house for giving birth to a girl

A widow has appealed to Nigerians for assistance after being ejected from her late husband’s home because her only ‘crime’ was giving birth to a daughter rather than a son.

Her sad story was shared on Twitter by a non-governmental organization, which asked for help on her behalf because she has been reduced to nothing since her late husband’s family members took over all the properties.

She washes bitter leaf and sells it to feed herself and her daughter, according to the NGO @JustSociety4all on Twitter.

Her story reads; ”This poor widow pushed out of the late husband house because she has only one girl for him.

She is washing bitter leaves and selling to feed herself and daughter. Someone gave her this place without door and windows and no money to connect electricity to the room. Crying 4 help.”