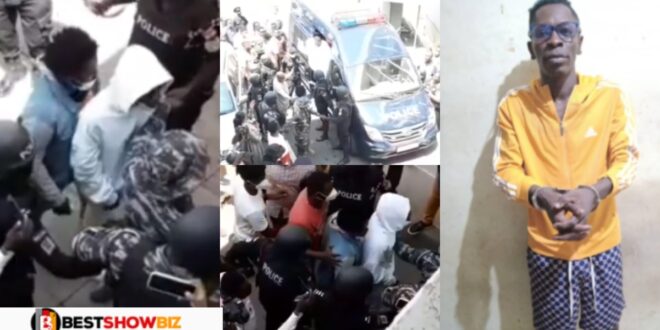 Following his arrest on Tuesday, Shatta Wale was arraigned before an Accra Circuit Court on Thursday, October 21, 2021.

Shatta Wale pleaded not guilty to the charge of publishing false news and causing fear and panic, according to a Citinewsroom report.

Three others charged with abetment, Kojo Owusu Koranteng a.k.a. Nana Dope, Idris Yusif, and Eric Venator, were also sentenced to one week in police custody.

Shatta Wale’s court appearance has been captured on video. He arrived dressed in white and was escorted out of the police van by officers.

Read Also  Mcbrown shares stunning pictures of herself as she proves to be the prettiest woman in Ghana.