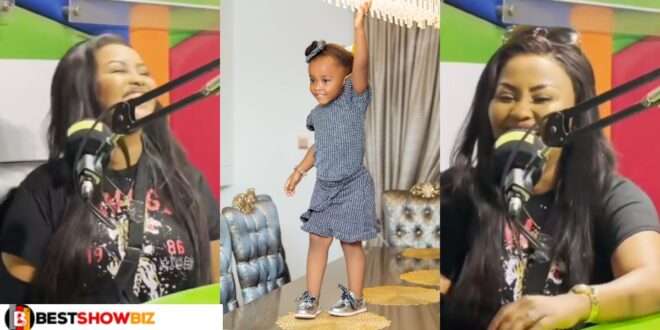 Nana Ama McBrown, an award-winning actress, was surprised during a radio interview on Monday, November 22, 2021.

As a guest on Abeiku Santana’s Ekwansodwoodwoo Drive Time Show on Okay FM, the actress appeared.

Abeiku called McBrown’s husband, Maxwell Mensah, and her daughter, Maxin Mensah, and put them on the air in the middle of their conversation.

McBrown was surprised and beaming as she called out her daughter’s name, to which she was greeted with laughter.

McBrown’s husband later picked up the phone and answered a few questions about his wife before hanging up.