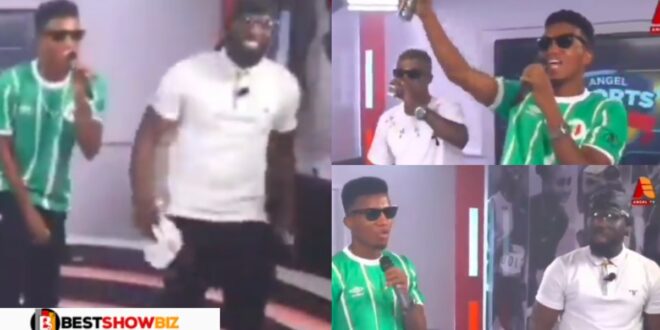 A new video of Xandy Kamel’s unbothered husband, Kaninja performing with Kofi Kinaata in the studios of Angel TV has surfaced online.

Kaninja, the husband of the actress has been accused of cheating with her ex-lover nearly s1x months after their marriage.

Xandy Kamel made these allegations herself in a video as we reported earlier.

The sports presenter has been spotted jamming and singing with Kinaata in the studios despite the issues surrounding his marriage.

it seems he does not want the issues to eat him up.