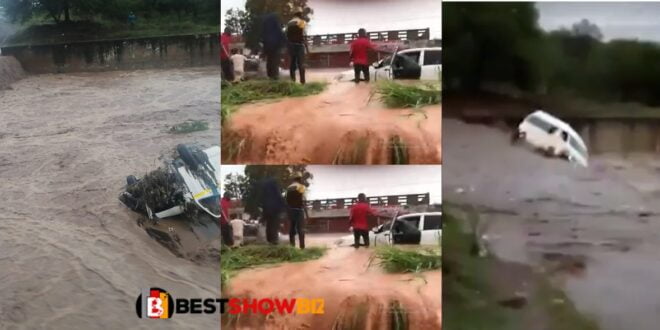 Heavy rainfall in Kumasi on Monday night produced terrible flooding at Ohwin Junction, soaking up a taxi driver and his car.

The taxi driver owes his life to the two men after he was rescued from drowning while stuck on top of his car, which had been washed away by the floods.

From the video, as we sighted, as the car sank, he remained there for a long time, wondering what he should do next time. The women on the scene began yelling for passersby to come to the driver’s aid.

While the car sank further, the driver jumped into the water, which was carrying him away, but luckily, two people nearby followed him and saved him from drowning.