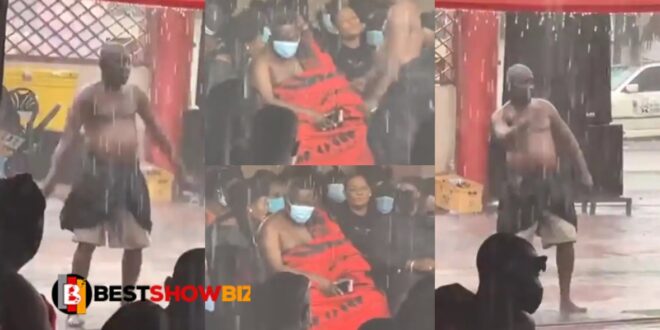 A video recorded in Kumasi is currently gaining enormous popularity on social media, showing a traditional man being asked to stop heavy rainfall that was disrupting a funeral in which Ghanaian businessman Dr. Kwaku Oteng was present.

The man is generally renowned for being able to direct the rain if it interferes with a function, according to a commenter on the video.

In the video, a man whose identity has not been revealed is seen making hand signals asking for the rain to stop and dancing in circles.

The rain stopped completely a few minutes after he started.