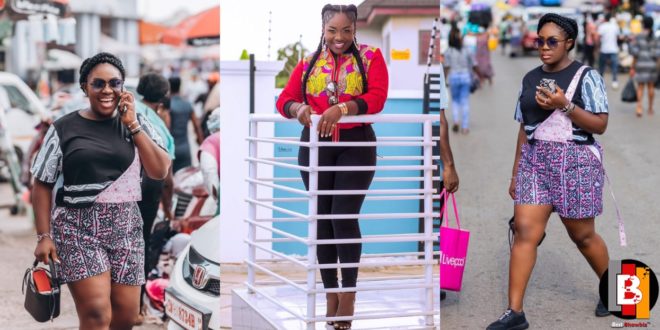 Video: This is why Emelia Brobbey is trending

Popular Ghanaian actress who has just turned into a musician Emelia Brobbey has found herself in the news and trends once again.

the actress tunning to music got her lots of attention after she dropped her first single ‘Fa Me Ko’.

even though many people lashed her out and teased her after she released her first single, claiming it’s a wack song, she still has never given up.

Emelia Brobbey has done her possible best to release new songs and still gets the attention of the people since everyone wants to listen to what she dropped this time around and for sure, she has been doing well as she drops new songs.

well this time, the singer is not trending because of her songs but something she said during an interview on TikTok and Instagram.

the mother of one during the interview said hip-hop or RMB songs makes nise in her ears but she always stands on her feet and dance whenever she hears local songs.

this statement of hers has hence gone viral as many people have used her voice in videos to make fun of her.

below is one of the videos;