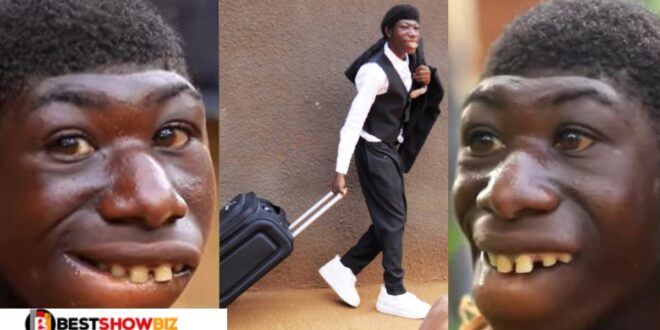 Video: See the massive transformation of the boy who was bullied and called mṑnkey

Following donations from kind-hearted people all over the world to support him and his mother, the life of a 21-year-old man who faced bullying because he was born different has taken an incredible turn.

Many people and humanitarian organizations were moved by his story, and they began donating to him through a GoFundMe account to help him receive treatment and a better life.

It was reported previously that the mother of the child who had already suffered the loss of five children had prayed to God in desperation for another child, saying she would even accept a disabled child into her home.

When she became pregnant again, she gave birth to Senzimana Eli, whom the bullies referred to as a monkey, and who was also physically assaulted by others.

He preferred to spend his time in the woods. When he saw people, he ran away, and he disliked living among his neighbors.

Every day, his mother had to be chasing him through the bushes to bring him back home, but he would always find his way back into the woods, and this must have become an unbearably stressful daily routine for the poor woman.

The young man, according to the report, is unable to speak but can hear.

Read Also  In Ejura, enraged youth are rioting over the murder of a #FixTheCountry campaigner.

Presently, according to the latest video report by Afrimax English, the team has been able to send Senzimana to a special school for children with disabilities, where he has been accepted and is receiving training to help his family and society.

Her mother was living in an old, dilapidated house, and Afrimax went the extra mile to build a brand new, fully furnished home for her.

After years of being shunned by the majority, Senzimana Eli has suddenly emerged as a ‘celebrity’ who wears a suit and tie and with whom almost everyone wants to pose for photographs..