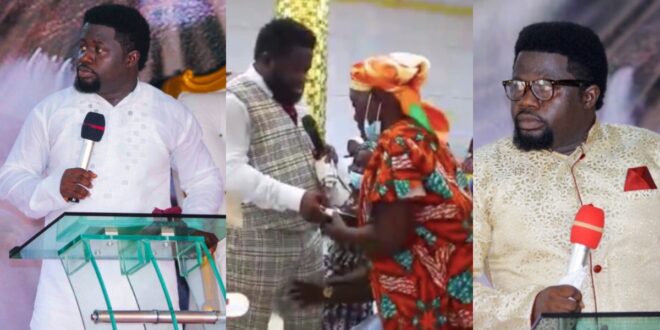 After doing something that most pastors would never think of doing, Prophet Ogya Nyame, a well-known man of God who is well-known for his good actions and charitable nature, has once again gotten people to appreciate him, this time for something he did.

A church service was held after which the man of God was seen appealing for the needy to come forward so that he may give them the offertory that had been made that day at the church.

When the leader and creator of Shining Grace Chapel did something unexpected, the church members were ecstatic and lavished praises on him, believing that he had demonstrated that he is a true man of God committed to doing God’s job not for money but for the salvation of souls.