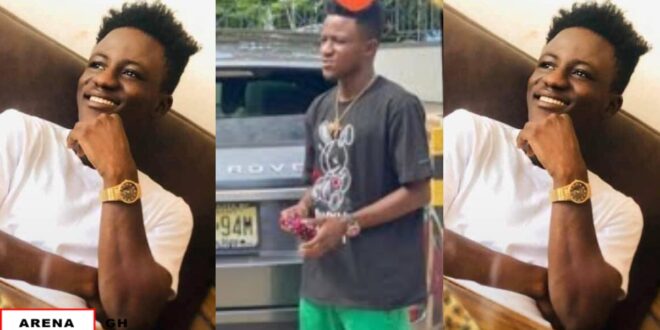 According to the circumstances surrounding his demise, many people were taken aback by his passing.

According to a report by an Angel FM journalist in Kumasi, Akwasi Boakye went out and bought a brand new Range Rover, which he took home with a buddy who lives in his leased flat.

Per a buddy who is now on the run, Akwasi Boakye received a call about 2 a.m. from an unknown number asking him to cover his freshly purchased whip with the same material he used to cover his old automobile.

The friend went on to say that as soon as Akwasi Boakye stepped outside to perform what the anonymous caller ordered, he heard multiple gunshots.

He realized Akwasi Boakye had been shot by unknown assailants at this moment.

He went on to say that when Akwasi Boakye was trying to flee his killer inside his room, he was shot in the neck again.

Despite the fact that he was able to enter his room, it was too late for him, and he succumbed to the spirit.

Akwasi Boakye was discovered dead in a pool of blood when police arrived on the site.

According to the story, Akwasi Boakye’s father revealed to Angel News that his son is involved in online fraud and has recently moved into his own apartment.

The Suame Police Department, on the other hand, has taken over the investigation, and any new information will be shared through this media. Please stick with us.