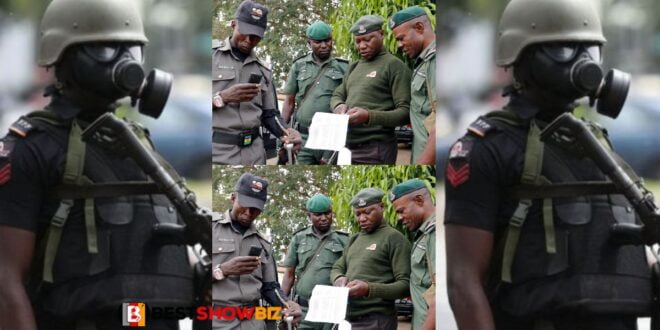 Video: Police Officers caught on camera asking fraud boy for tips to get into the business

In a video, some police officials in Nigeria’s Edo state have been captured asking a Yahoo guy for ways to scam people.

A squad of police officers enquiring from the Yahoo boy about verifiable suggestions on how to launder money to Nigeria from the United States was recorded in a brief video clip that has gone viral.

According to a social media user who reported the incident, the cops unjustly arrested the Yahoo boy, who then paid bail with cash on the spot.

They evidently intended to make their own money through fraud after getting payment, so they asked the fraudster for more ways.

Read Also  Lady in tears after a Jealous friend set her brand new car on fire a few days after bragging about it.(photos)
Share