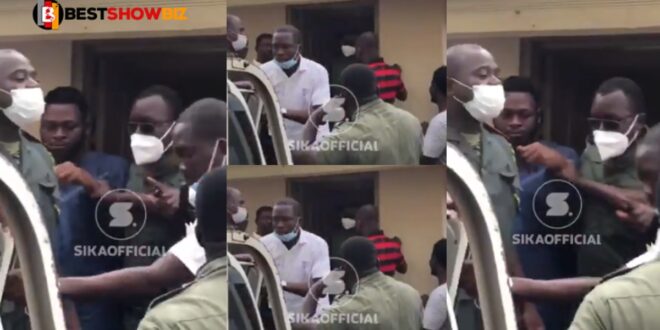 One University of Ghana student has reportedly been arrested for stealing computers and phones from other students on campus.

The young man, who is said to be in his final year, was apprehended at the Evandy hostel while engaged in another phone and laptop theft attempt.

Students’ phones and computers have gone missing in recent weeks, but unknowingly, their own colleague was the ones stealing from them.

He was caught in the act this morning at the Evandy hostel, and a video of him being jeered as he was taken away has emerged.