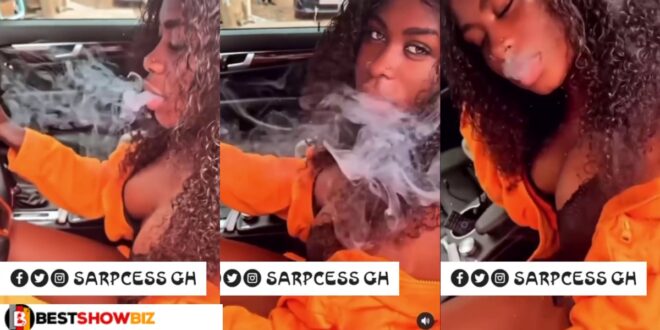 Maame Yaa Jackson, a Kumawood actress and musician, has taken her “I don’t care” attitude to a new level as she was spotted smoking in her car.

Yaa Jackson has gradually established herself as one of the most divisive women in the world as a result of her current lifestyle.

Her recent body piercings and tattoos caused a great deal of consternation on social media, as she was unable to explain them.

Her father, who happens to be a movie producer, came to her defense, explaining that she is still a good girl and has not been possessed by any spirit, as had been previously rumored about her.

Take a look at her video below.