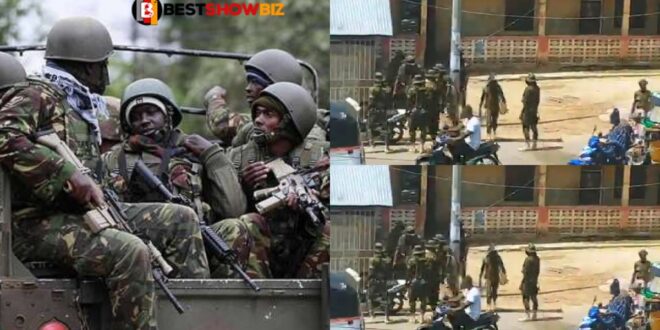 A video showing military officers assaulting some motorists on Wa Street has gone viral, causing outrage on the internet.

A video showing military officers assaulting a young driver on the street has gone viral.

According to the information acquired, a motorist allegedly stole an officer’s phone during a journey.

This prompted the officer to request additional officers in order to recover the stolen phone from the motorist.

Due to the inability to identify a particular person, the officers begin to attack everyone who is suspected.