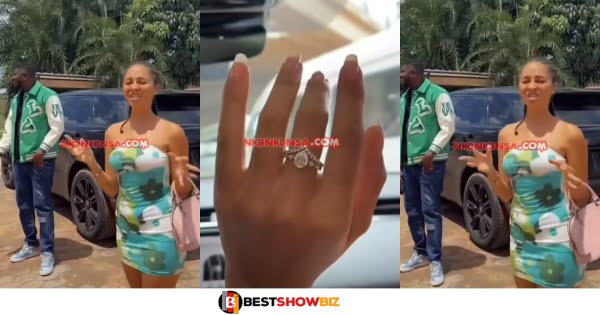 A video of Sister Derby, a Ghanaian singer and model, displaying what looks to be an expensive diamond ring has gone viral and is generating quite a fuss.

It appears to be a ring that Sister Derby received from her new boyfriend, who has been with her at several public functions in recent weeks.

Sister Derby and David are said to have had a secret engagement not long ago.

Sister Derby’s love for her new sugar guy has been on show for all to see for those who have been following her on the internet.

Sister Derby is shown flaunting the enormous diamond ring while stalled in traffic in the video, putting her neatly manicured nails on display to warn guys she is properly engaged now.