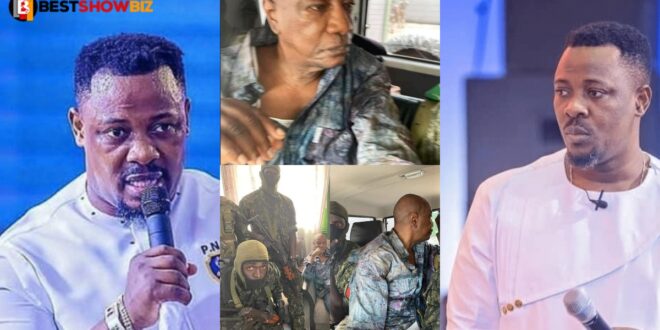 Prophet Nigel Gaisie, the General Overseer of Prophetic Hill Chapel, has been seen in a video prophesying about violence in Guinea, an African country.

On October 25, 2020, at what appeared to be one of his church services, the man of God stated that he saw political chaos in Guinea.

Guinea, he claimed, would be plunged into chaos following the country’s general election.

He predicted that Guinea’s president, Alpha Conde, would win the election, but that there would be problems later.

Prophet Nigel Gaisie even mentioned the name of Guinea’s president, claiming that was the name he saw in the spirit worlds.

According to the man of God, he saw this prophecy concerning Guinea and first stated it in March, and it will be fulfilled in April 2020.

His video has resurfaced after a coup in Guinea.