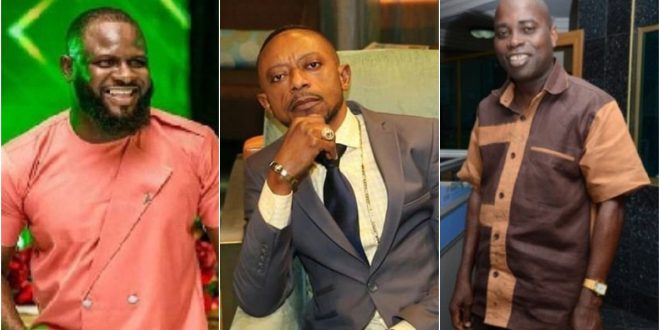 Video of Owusu Bempah prophesying about the death of kwadwo Wiafe and Sikapa surfaces online. (Video)

Despite media have been dealt a heavy blow after two of their prominent employees died in less than a month.

Kwadwo annor Wiafe and Nana Adjei Sikapa both died after a short illness.

A video of Owusu Bempah prophesying about the tribulations Despite media will be going through have surfaced online.

In the video Owusu Bempah asked Ghanaians to pray for despite media because he sees a funeral cloth over them.

Prophesying he said: “Workers at Peace FM will die with exclusion…It is a strong force from the demonic realm that wants to overcome and overtake his company because I see a Funeral cloth covering Peace FM.”

Owusu Bempah made this proohecy on the 31st of December 2019.