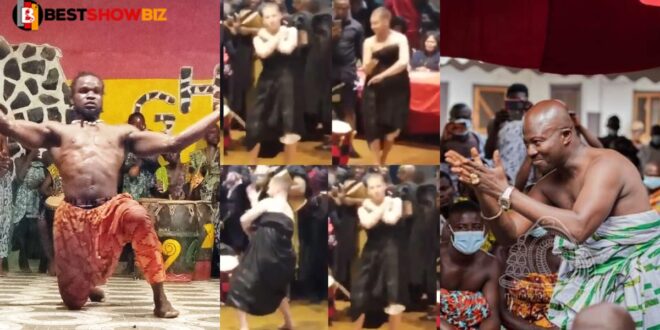 Ghanaians appear to be blown away by a video of a foreigner doing the ‘Adowa dance.

The man, whose name was not revealed, was in what seemed to be a funeral scene.

He first wrapped a large black cloth around himself in the usual manner, and then stepped directly onto the dance floor, dancing to the beat of the drums.

People shown in the video appeared to be quite impressed with how skillfully he performed the traditional dance.

Read Also  'I feel sad, Medikal is not with me to celebrate our one-year marriage Anniversary'- Fella Makafui
Share