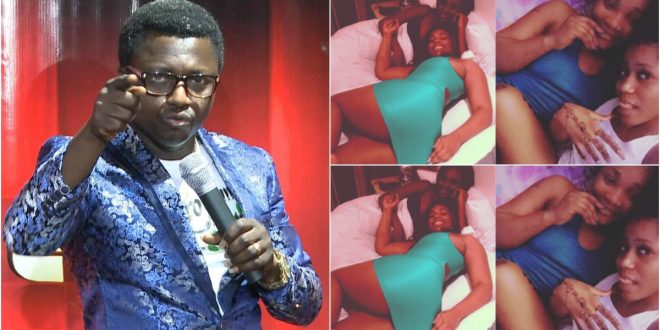 We have chanced on a video of Nation Prophet Opambour aka Prophet1 and two lesbians which have caused a stir on the internet.

in the video, as we sighted, Opambour was interviewing two teenagers who are believed to be lesbians on his TV station.

these young teenagers were brought by their parents to Opambour to deliver them from the lesbian and the blood covenant.

indeed, these girls admitted that they are lesbians and that they have done blood covenant.

the video has since generated lots of reactions on social media as people see it as funny looking at how the man of God interviews these girls.

Prophet1 has been in the waves of the internet with his hilarious videos that have been circulating on the media.