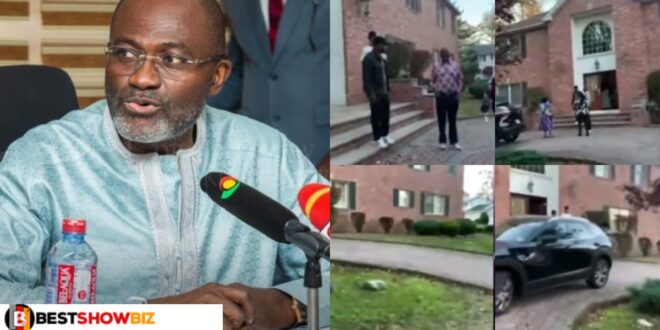 When he appears on TV or radio, the outspoken politician is known for flaunting his wealth.

Kennedy Agyapong’s wealth is no freak occurrence, as evidenced by a new video of his massive mansion in New Jersey, United States of America (USA).

The mansion in question, according to the video seen by Bestshowbiz.com, is located in Newark, New Jersey.

Although the inside of the mansion was not recorded by the camera, it is estimated that the mansion has more than four rooms.

Many luxurious cars believed to belong to Kennedy AGyapong were seen in the parking lot in the video.