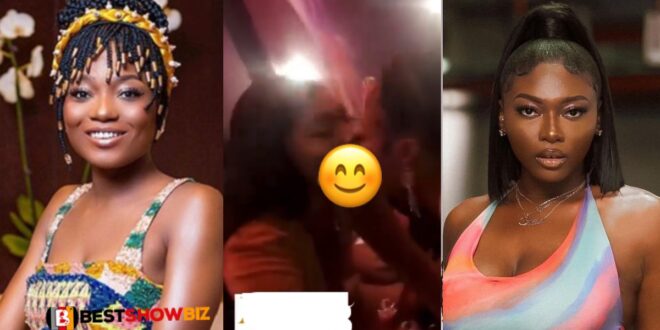 Video of Efya and Sefa k!ssing at a party sparks lesbobo rumors – Watch

A video of Efya and Sefa having a lip kis$ at a party has gone viral among netizens and social media users.

In the video we sighted, one can see Efya passing by and calling out to Sefa, but the table between them prevented them from hugging to share pleasantries, and they ended up kissing.

The video has since got people talking, since the two are excellent at their voices and vocal power, and both have admirers and followers who look up to them.

Besides that, people believe their actions promote incorrect cultural values, though one might say what they just did is a greeting.

Read Also  Bulldog replaced with A plus on united showbiz by UTV.