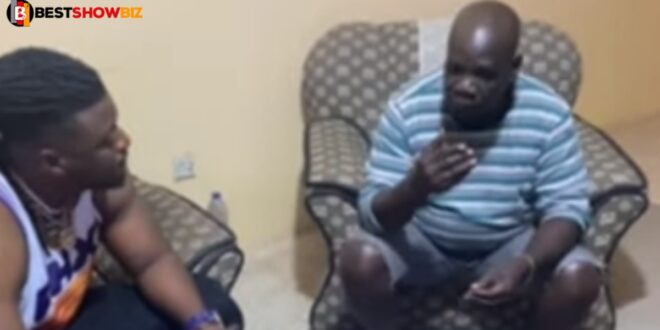 As a musician pays them a visit, a rare snapshot of late hip-hop star, Castro’s parents has surfaced.

Gambo, a rising musician, paid Castro’s parents a visit in Takoradi while on tour to promote his new EP, “New Era.”

As he landed in his hometown, the aspiring musician believed it would be appropriate to pay a courtesy call on the famed artist’s parents.

Castro’s father, Cofie Eshun, is seen in a video circulating on social media counseling the musician and informing him of specific events.

He praised him for doing the right thing by inquiring about them and treating them with such respect.

He also took the time to wish Gambo well and pray for him to succeed in his music career.

Read Also  Apart From Efia Odo Removing Her “Dross”, she does nothing better for the industry - DKB trolls