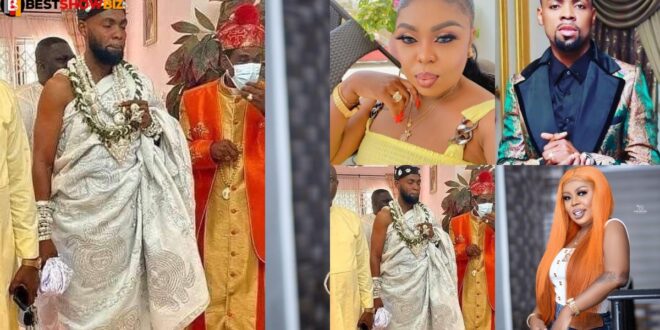 Afia Schwarzenegger and Ayisha Modi had been fighting ceaselessly over Rev. Obofour and his wife, Bofowaa Ciara Antwi, for several days.

Obofour was appointed as a Ga chief despite being an Asante, and Afia Schwarzenegger spoke out against it.

This sparked a feud between her and Ayisha Modi, which is still raging.

Ayisha made an appearance to expose Afia Schwarzenegger for demanding money from Obofour to care for her children.

She remarked on how ungrateful it was for someone to criticise the same person who had given her money to care for her children.

Afia came out swinging, denying ever requesting anything from Obofour in her life! Obofour, she claims, can’t even pay prostitutes Ghc 1,000 after sleeping with them, so there’s no way he’d give her money to care for her children.

However, Afia has been exposed thanks to a video of her begging Reverend Obofour for money.

Afia urged Obofour to give her money and cars in the video, which was shot just days before one of her birthdays.

She claimed to be joking as usual, but there was no way in hell she’d refuse anything Obofour offered her!