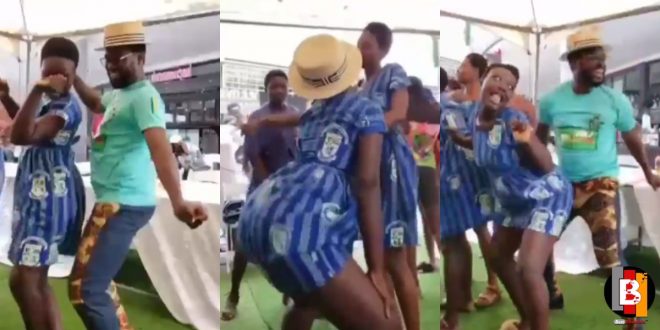 Award-winning broadcast journalist, Abeiku Santana has taken his fans aback after a video of him seriously grinding a female SHS student surfaced online.

The Despite Media Journalist had gone for an outdoor event organized by his media house at the Achimota Retail Centre this Friday but he could not hold back as he hit the dance floor with the students who twerked on him.

The video had gathered mixed reactions but many were those who shaded Abeiku Santana for grinding the teen students of Achimota SHS.

Others also felt that he was just in his element trying to deliver nothing but fun as he always does and he might just be trying to make the girls happy.

Read some comments below’

hiest389: “If they put camera on themselves and do worse things u won’t understand it ,a renowned radio presenter like abeiku c what u doing with shs students smh”