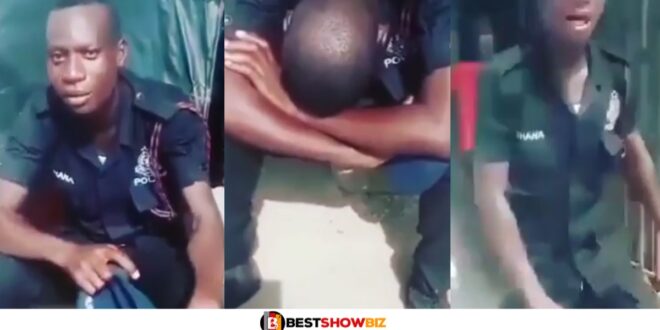 According to a group of worried netizens who saw the video, the guy who videotaped the inebriated police officer made a mistake since it may lead to the security personnel being fired.

Others have praised the video’s recorder for exposing the rotten apples in the security agency, claiming that they are the ones tainting Ghana’s police force’s reputation.

The internet is now divided on whether the police officer should be fired or retained and educated because he may be going through a difficult period in his life.

We are convinced that the Ghana Police Service would act soon in response to this viral video.