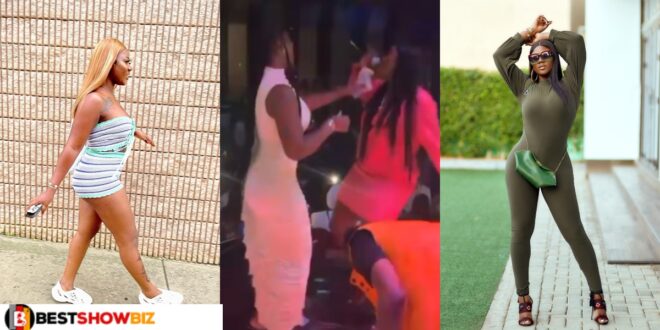 After actress Salma Mumin attempted to do ‘self-put put’ on Tiwa Savage, social media users are having a blast trolling her.

Both the Ghanaian actress and the Nigerian singing sensation have been spotted chilling in Turkey.

Tiwa Savage was performing at an event during their time out there, and Salma Mumin stormed the stage to let everyone know she was there.

Salma not only stormed the stage, but she also brought cash to spray on Tiwa and make a name for herself.

The actress had a few one-dollar bills on hand and decided to spray Tiwa with them.

Tiwa’s performance and the moment Salma sprayed cash on her have been captured on video and circulated widely on social media.