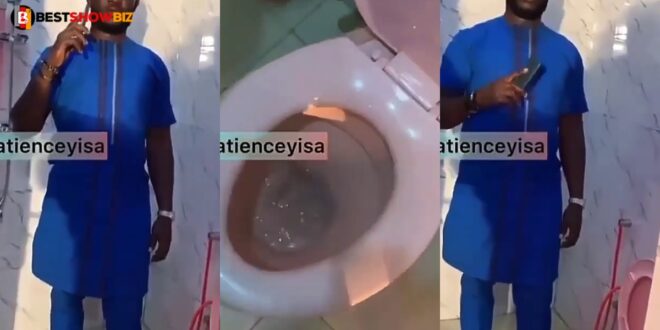 The internet has been perplexed by a man’s spontaneous reaction when his wife overheard him talking to his side chic on the phone.

When his side chic phoned him for a romantic conversation, the good-looking man sneaked into the bathroom to answer the phone in the video that has gone viral.

His wife, who had obviously scented the rat, went on a hunt for him throughout the house and eventually discovered him in the bathroom, chatting tunelessly to his secret side chick.

When faced with the prospect of losing both his side chic and his wife, the man did the impossible and flushed his phone down the toilet.