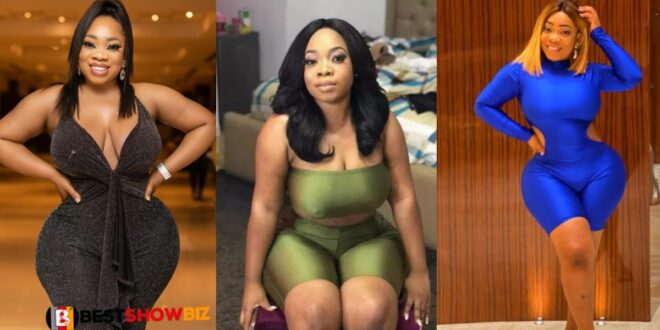 Video: Moesha Boduong for the first time speaks after getting well

Moesha Babinoti Boduong, an actress and social media personality, was captured in an audio recording that sounded active during a chat with Ayisha Modi.

Moesha was heard on the recording indicating that she was doing okay, but that she had a lot of meat cravings lately.

According to her, she is suddenly poor after losing all of her fortunes, but she promised to come back strong.

Moesha stated that her body was now the temple of God and that when she returns, she will focus on evangelism.

Despite the fact that she did not say where she was, Moesha suggested from the discussion that she was in good hands.

Read Also  Rent Control office in Accra Locked by the landlord over non-payment of rent arrears.

She also urged Ayisha Modi to use restraint while interacting with others since arrogance and a quick temper are dangerous.

Moesha requested that Ayisha not pay attention to her (Moesha’s) detractors, but rather to request that they take their time with her.

She joked that she was going to ‘tie’ all her detractors in a bottle so they would not bother her.

listen to the audio in the video below;