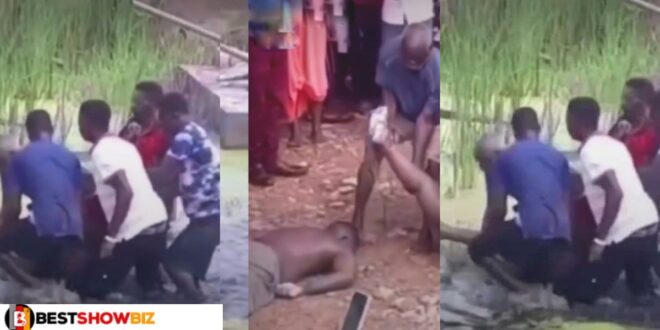 Video: Man who returned from abroad dies with his mother whiles rescuing her from electrocution during rainfall

While attempting to save her mother from electrocution, a young man died alongside her mother.

During a heavy rainstorm, the incident occurred in Mcharty, Accra.

In order to say goodbye to his mother, the man who had returned from abroad paid her a visit.

Sadly, there was a heavy downpour that day, resulting in an electric poll.

The cause of the mother’s decision to walk through the stagnant water in order to remove the poll from it is a mystery to this day.

After seeing her, the son dived into the water to save her, but they were both electrocuted as a result of the incident.

The area’s chief, who spoke to the media, blamed the district authorities for allowing people to build in flood-prone areas.