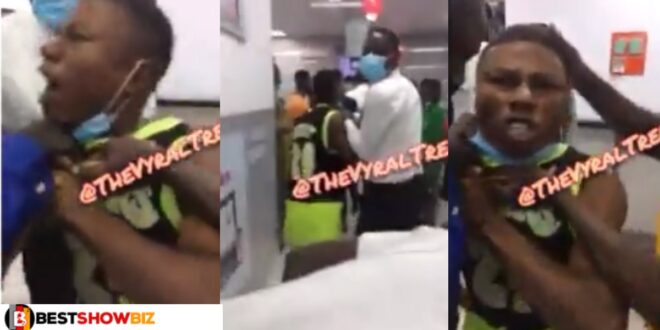 Video: Man saved from k!lling himself after scammers hacked and took away all his money from his bank account and

A Nigerian man was prevented from committing suicide after a fraudster hacked into his account and triggered a transfer, causing him to lose all of his bank funds.

The frustrated man, who stormed the bank in Lagos after learning of his situation, tied a wire around his neck in an attempt to suffocate himself, according to a video posted on social media.

He was told to get a court affidavit to prove that he was not the one who did the transaction after it was successfully blocked.

However, when he received the court document, he learned that the money had been released after the hacker’s account had been unfrozen.

This irritated him, so he made the decision to end his life.