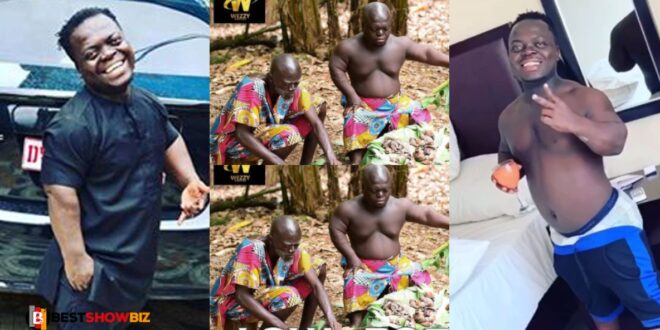 Video: “Lilwin picked me from the gutters and made me who I am today” – Kwame Ahenfie

In a new interview, Kwame Ahenfie, one of the tiny actors who has been working with famous actor and singer Kwadwo Nkansah Lilwin, has lavished appreciation on the latter for everything he has done for him.

According to him, it was the efforts of the Lilwin that helped catapult him to the position he now has in the Ghanaian entertainment business.

Kwame Ahenfie recounted how they met and became the friends they are today, saying that they met at Kumasi Krofrom back when dancing was popular in Ghana.

He went on to say that because he was a fantastic dancer at the time, and Lilwin was also performing some outstanding dancing, he suggested that they cooperate as a team, and their union has been amazing since then.