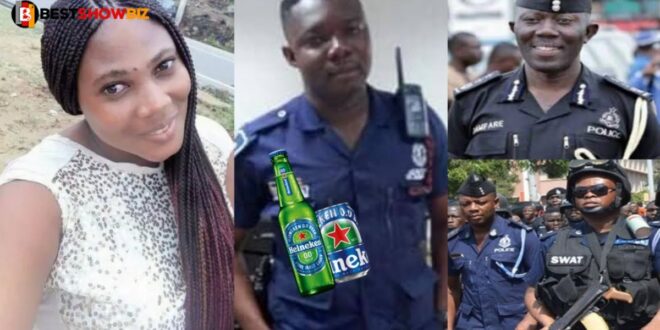 Video: Lady tells how Police Officer Ampomah forced and slept with her in cells

Theresa Forson, the inmate who was reportedly released by a police officer in return for sex, has spoken out about what transpired.

The lady told her family what happened to her when she was being held in cells at the Nkanfo Police Station in the Central Region.

Her family claims that her daughter informed them that the police offered her sex in return for her release, but she declined.

Lance Corporal Isaac Ampomah, a police officer, surprised her by giving her a can drink, which put her to sleep.

She awoke in her sleep to see a police officer on her tail, abusing her.  She was able to free herself and flee the police station.

According to the family, Lance Corporal Isaac Apomah called to tell them that Theresa Forson had escaped from cells and that they should bring her back in case she came home.

Lance Corporal Ampomah was charged with rape today and was presented in court.