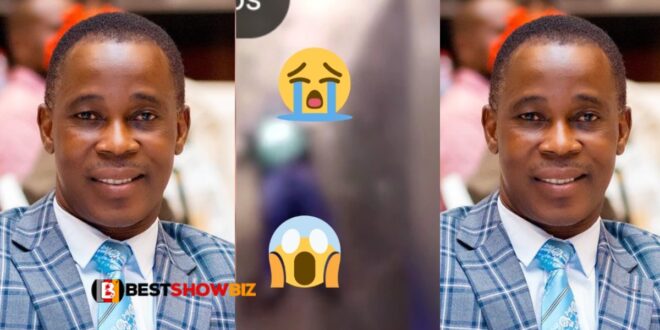 When the young child was playing with a bare wire that he put into his mouth, he was electrocuted.

According to the report, Maame Serwaa is a final-year SHS student preparing for her Wassce in Kumasi.

Maame Serwaa became pregnant while she was getting ready to attend Senior High School, according to Kwado Dickson. She gave birth to a healthy kid named Kwaku Antwi, who died this afternoon as a consequence of an electrical shock.

According to Maame Serwaa, who spoke on ANGEL TV, she was washing while her kid was playing with other children in the home, and when he chose to dump the filthy water away, he saw her son standing with bare wire in his hand.

She promptly summoned assistance, and a guy named Paul arrived on the scene. As a result, it was too late since the youngster had been shocked to death.

The event took place in the Ashanti Region of Ghana, in the Ahenkro Kwabre North District of Kumasi, according to news presenter Kwadwo Dickson.

“Sad news hits Maame Serwaa in Kumasi. She is about writing her Wassce as shehe lost her two-year-old son this afternoon. This can affect her mind and the way she will write in the examination hall. Maame Serwaa needs a Psychologist in other to help write her Examination with peace of mind. The dead body of her two years old son is currently placed at Saint Patrick Government hospital in offinso.”

watch video from the news below;