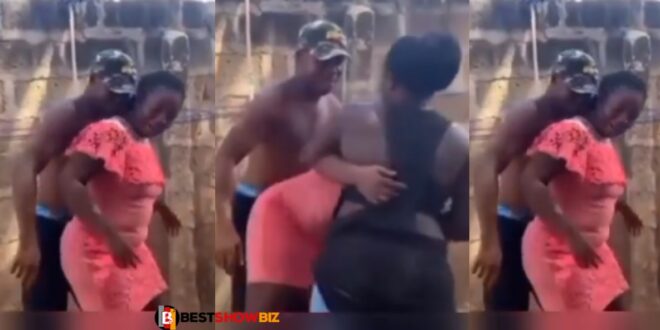 Is it wrong for a wife’s sister to dance with her husband in a sensual manner, such as in grinding, according to a video recording that has been circulating online and causing a significant reaction on social media?

Some women may be oblivious to it because it is their sister, but others are likely to feel envious of her.

In a video that has gone viral, a lady can be seen dancing with a man, and the male in the video appears to be grinding her with ease.

Unfortunately, the lady’s sister intervened instantly, stating that the gentleman in question was her husband.

She started dancing with her spouse out of nowhere and told him he should grind her rather than dance with her.

The sister joined them for another round of dancing, but she was stopped by her sister.