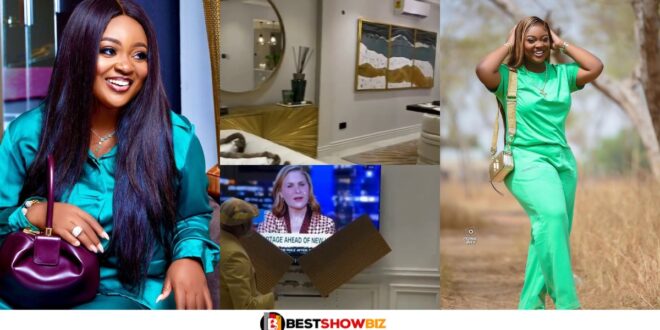 Video: Jackie Appiah shows off her luxurious living room, which includes a television that cost GHC 135,000.

The mother of one purchased a Trassaco home a few days ago, and videos of both the interior and exterior of the property have been filling the media space on a regular basis since then.

One of the most noticeable features of Jackie’s home is the television set in her living room.

The  TV set features a pair of gold-colored speakers that open and close like bird wings.

Social media users praised Jackie Appiah for keeping her riches private and living the life of a great role model.