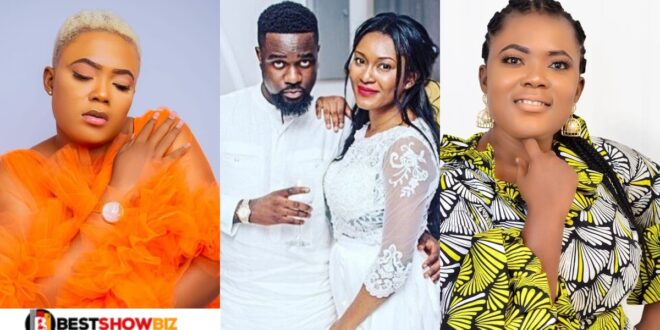 Perpetual Didier, a Ghanaian gospel musician, has revealed that she has a serious crush on Sarkodie, an award-winning musician.

The gospel singer went on to say that she adores Sarkodie and that whenever she sees him, she bursts out laughing, so there is no way she will say no when the opportunity to marry him arises.

It was quickly clarified by the Kurdle Music-signed musician, who said making this disclosure was required because she has not yet married and is tired of people asking her when she plans to tie the knot.

Consequently, her supposed confession of having a crush on Sarkodie is intended to deter people from bothering her, given that the man she would most likely marry is also involved with someone else at the time of her confession.