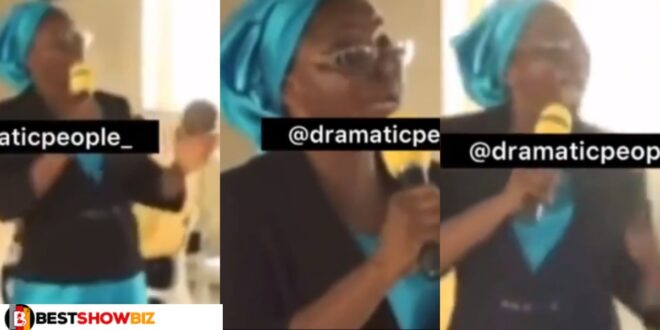 Video: If you are a man or woman and you wear jeans you are promoting antichrist – Prophetess reveals

A prophetess has revealed that for a man to wear jeans is a major sin because it promotes the antichrist’s early arrival.

During the service, a lady prophetess revealed that men wearing jeans is a way of telling the antichrist to come very early because that is how they have programmed things to be.

She claims to have been a member of a dark society that held meetings with Lucifer before he was reborn and transformed into a woman of God.

She also urged men to put an end to it so that they would not be the cause of the antichrist’s early arrival.

“So there was a day we were holding a meeting in 999 realms and one of the agents raised this that ‘how do we gather people into the kingdom of anti-Christ, how do we control their hearts?’. And let me tell you, the real name of JEANS is ‘Global Uniform of Anti-Christ‘. So if you put on jeans, you are promoting antichrist to come. Do you understand?

Read Also  Look for money while on earth and not heaven - Rev. Obofour - Video
Share