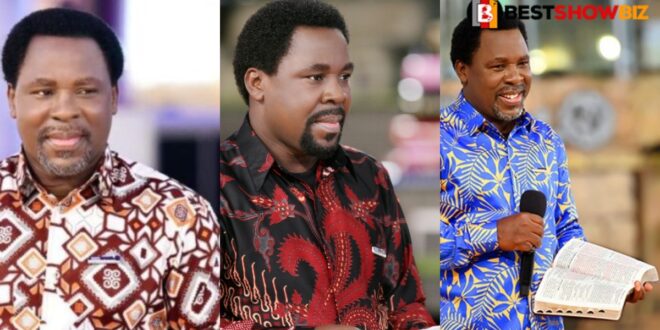 Just two days ago, a video of Prophet TB Joshua complaining about his inability to celebrate his 58th birthday went viral.

In a recent video, Prophet TB Joshua announced that he will not be celebrating his 58th birthday as he has done in the past.

He claims that the issue is out of his hands and urges his followers to dedicate the day to prayer and fasting in gratitude for what God has done.

The video went viral once it was reported that the Prophet died shortly after performing an evening service.

Mr Joshua, the founder of The Synagogue, Church Of All Nations (SCOAN), died in Lagos on Saturday evening immediately after ending a performance at his church, according to family sources who did not want to be named since an official statement was still being written, according to The Gazette. He was 57 years old at the time.

The cause of death was not immediately revealed to The Gazette, but family sources stated his remains had been put at the mortuary and that an autopsy would be conducted as soon as possible.