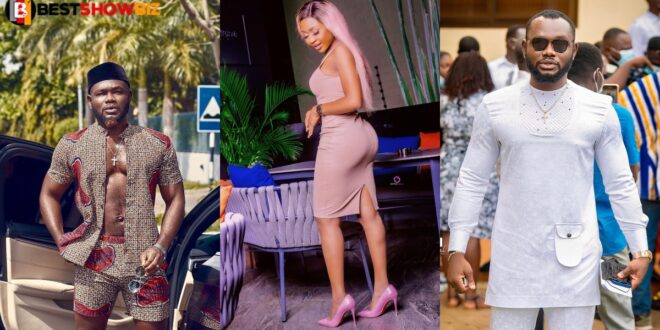 Video: I will never forget how Prince David Osei looked down on me and called me stupid – Akuapem Poloo recounts

Rosemond Brown, better known in showbiz as Akuapem Poloo, an actress and social media sensation, revealed in an interview with Mona Gucci on Kantanka Television’s Linkup entertainment show that she will never forget the day award-winning Ghanaian actor Prince David Osei called her stupid while attempting to sabotage her by presenting an award at the Golden Movie Awards.

“Actor Prince David Osei went on TV and expressed his disappointment with the Golden Movie Awards organizers for allowing a stupid girl like me, Akuapem Poloo, to present an award when better people were present,” she added.

“I will never forget what Prince David Osei said to me, even though I do not hate him, because I respect him a lot and I have worked with him twice, so he knows me very well and can attest to the fact that I am a humble person,” the award-winning actress said.

She went on to explain that Prince David Osei is well-versed in show business and that she had not expected him to say that. “He killed my spirit before going on stage that day, so as soon as my name was mentioned to present the award, everyone laughed because I was not going to speak good English there, and it really confused me and I did not know what to say, and indeed I made a grammatical error in my speech that went viral in some Ugandan magazines,” she explained.

She went on to say that she sometimes feels overlooked in the film business because certain celebrities believe she is unfit to be on a platform or affiliated with them.