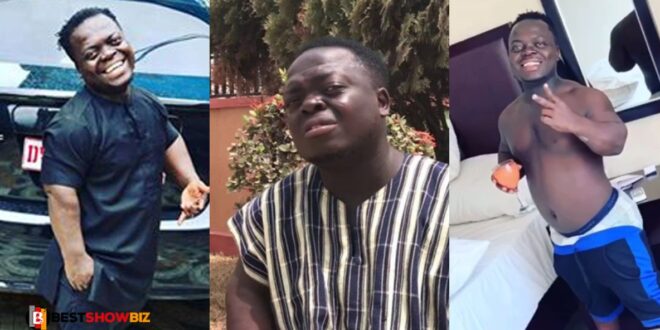 Video: “I stopped going to school because…” – Kwame Ahenfie

Isaac Acheampong alias Kwame Ahenfie, a popular diminutive actor, revealed in a recent interview why he made the decision to stop going to school.

In his opinion. Despite the fact that he was an excellent student who might have studied to be a professional of his choice, he chose to quit his education due to feelings of humiliation.

Kwame Ahenfie said that when he was in school, a lot of people just pointed their hands at him because they thought he was too short to be there.

He went on to say that his friends’ frequent behavior discouraged him from coming to school and that he eventually opted to drop out, despite the Otumfour Foundation’s willingness to assist him as a royal.

Read Also  "My brother fingered and broke my virginity, I love him now but he is getting married"- lady seeks advice