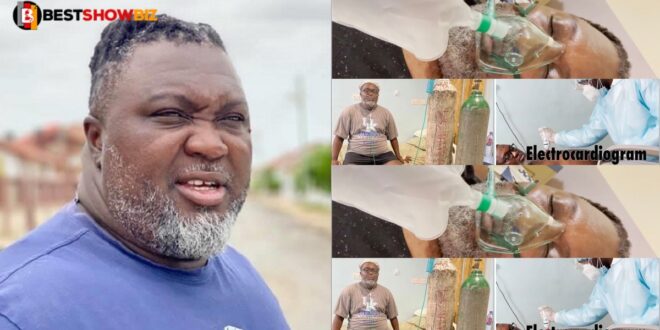 Da Hammer, a well-known Ghanaian music record producer, has detailed his near-death encounter and how he nearly escaped it.

He claims that contracting COVID-19 gave him a terrible yet genuine life lesson. That has made him realize how serious the Coronavirus is, and how important it is for everyone to be cautious.

Da Hammer revealed that he was suffering from malaria and fever. He was unconcerned about it since he knew it was only a series of minor health issues that would pass with time.

After a few days, he began to notice that his health was worsening. He was taken to a hospital, where he was diagnosed with Coronavirus.

As per Da Hammer, he had a significant respiratory problem and was already struggling to breathe.

Da Hammer felt he was going to die at that moment, especially because the nurses were missing in action. He saw death, fought it, and survived with scars all over his body.

“It was 1 am, and I was suffering. The bell that calls the Nurses wasn’t working. So I really thought that I was going to go. My breathing became a problem. I was suffering. I had a panic attack. It was 1 am I was calling the nurse. I think I actually shed a tear because I was scared.

Read Also  Video: Abesim kɨller sells parts of the bodies as Police found GH¢7,950 cash and a receipt of GH¢10,000 in his room