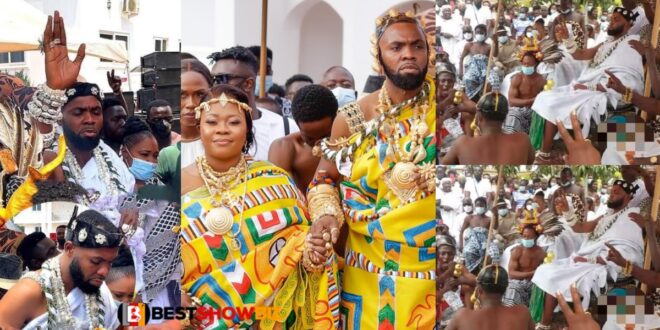 VIDEO: I rule 92 Towns – Rev. Obofour speaks for the first time after being enstooled as a Chief

Reverend Obofour, the founder and leader of Anointed Palace Chapel (APC), has spoken for the first time after being enstooled as a Ga traditional area chief.

The man of God has thanked the Ga Traditional Council for the honor.

Obofour revealed his new name on his TV station, saying he is now called Reverend Nii Adotey Gyata I Obofour.

He said that he governs 92 villages and that he is glad of the opportunity to become the traditional area’s leader.

Rev. Obofour was enstooled last week, as we reported earlier.

Below is his video;