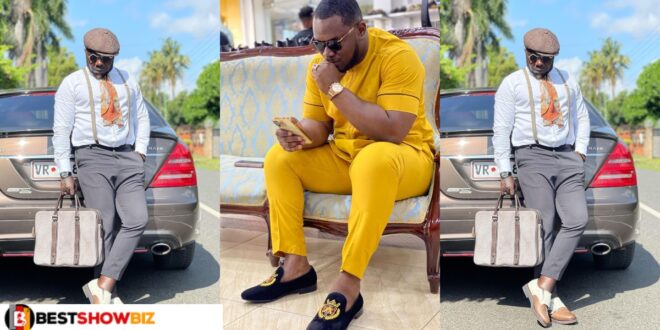 Video: I have 5 kids with 3 women, I will not marry any of them – Osebo claims

Richard Brown, also known as Osebo the Zara Man, a popular Ghanaian fashion icon, admitted in an interview that he has no plans to marry any of his three baby mamas.

Today, in the studios of Okay FM, Osebo revealed to Abeiku Santana that he has five children with three different women, but that he has no intention of marrying any of them.

Read Also  "my baby mamas are blind, they don't see the future - shatta wale claims as he explains why he didn't wish majesty a happy birthday

Abeiku Santana inquired once more if his mother supports his decision to remain single despite the fact that he has had three pregnancies, one of which was with Nana Aba Anamoah, a well-known Ghanaian broadcaster.

As an answer, he stated that his mother constantly inquires as to when he plans to settle down, but that no one has the authority to force him to marry when he is not yet ready to settle down.